Experts! Pls dont just write Quesyion incomplete! .the question is complete ! Try to understand as even the ch name is mentioned. Q- is why only hindi and not bengali ? That whyonly hindi preferred and not Bengali ???? For more assistance pls see the pg no.20 civics book of class 10th chapter number 2 federalism! 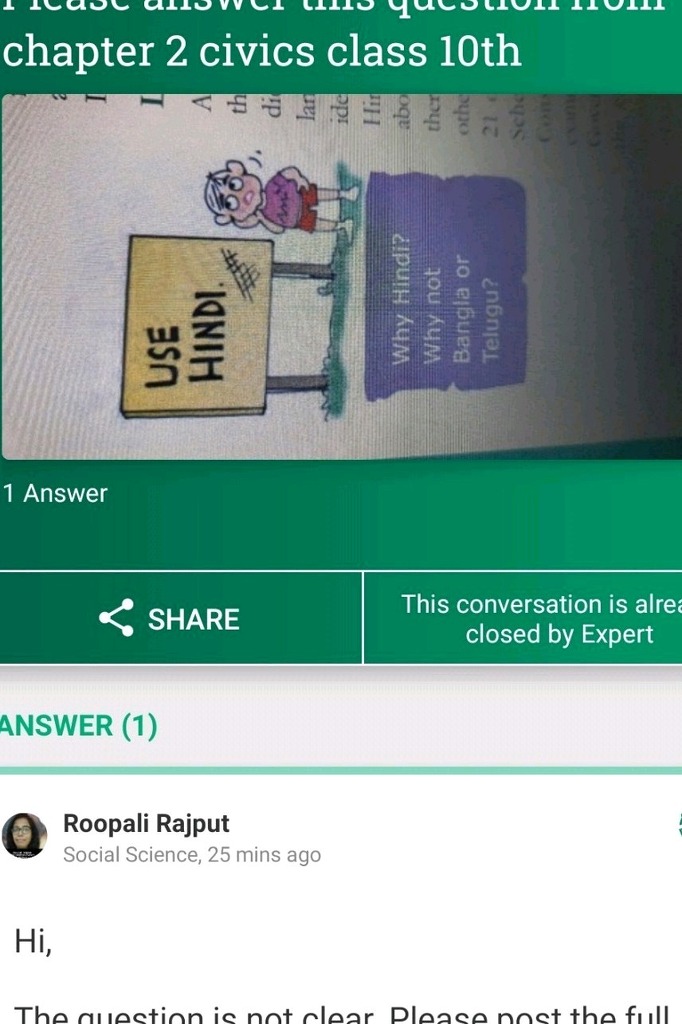 Dear student,
Let's let's assume that you question is regarding why Hindi has been accorded the status of official language of India and not Bengali:-
it could be equation in mind of various Bengali speaking population that why it is not so that Bengali is official language of India.
missing you must understand that official language should have the characteristics that it is understood by most of the population that are governed by such language, but here you would also come to a contradiction because in India various languages are spoken and there is no clear evidence that Hindi is understand by everyone but for the convenience of the governance it had to be accorded the national status because Hindi is understood by majority of population because most of the North Indians Central Indians even the people of upper Karnataka and Maharashtra understand Hindi so almost 350 population of country understands Hindi and no other language including Bengali has such widespread usage.
Therefore it is the reason why Bengali is not official language and Hindi is official
Regards