Write an essay on'Democracy and Poverty'using the examples from India.

Democracy is said to be one of the best forms of government. People choose democracy mainly to remove corruption, hunger and poverty. Poverty is regarded as one of the worst affecting social evils.

Population, Corruption, Economy and Illiteracy are the main factors which directly or indirectly lead to poverty.

Population is one of the major factors which lead to poverty. The excessive population increases poverty. The increasing population decreases the per-capita income of families. For example, take there are four members in a family. Among them only three earn money. They earn Rs. 6000, Rs. 5000 and Rs. 5000 respectively. One doesn't earn anything. Then the per capita income of the family is Rs. 4000. If there were eight members in the same family, then the per capita income was supposed to be Rs. 2000 per person. The money equally distributed  among a family by existing salaries or wages of earning members of the family is known as per capita share of that particular family. In India, the per capita income is very less when compared to that of developed countries.

Corruption is also a social evil which influences poverty. Corrupt politicians or the government performs some corruptive activities like bribery, grabbing properties of the poor by mentioning some false statements or proofs. In India, the word corruption has become so popular, that even an illiterate is very familiar with this word, but not aware of its consequences.

The economy of the nation in share markets indirectly influence poverty. If a country is said to have a very depressed economy, then it is understood that the country suffers from hunger and poverty. 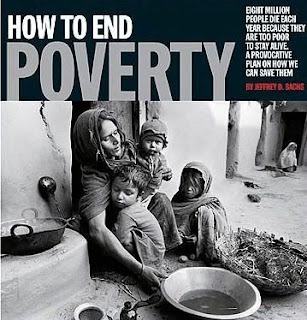 In India, democracy is still being unsuccessful in eradicating hunger and poverty. Illiteracy is also factor affecting poverty. Illiteracy leads to unemployment or employment with very less wages or salaries. Illiterates often get shabby professions like sweeping the floor, cleaning and also serve as attenders and may be slaves in some unnoticed cases. This in turn leads to poverty and miserable life.

It is very much necessary to remove poverty in a country. It promotes growth of the nation economically. Eradication of poverty is necessary for the development of the nation.

essay on democracy and poverty using the example of india

i too am stuck with the same