Why is the total revenue curve of a price-taking firm an upward-sloping straight line? Why does the curve pass through the origin?

The curve passes through the origin, which implies that no matter what the price level is, if the output sold is zero, TR will also be zero. 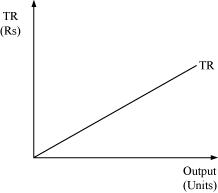