what is sedimentation?give four examples?

Sedimentation is the process of sellting down of dissoluble particles in a solvent as per it is kept undisturbed for some while.

2- mix mud with water & keep it 4 sometime; after, the mud will settle.

Sedimentation means deposition of sediments in  the mouth of a river.
E.g. the sunderban deltas which are known as the world's largest deltas, are formed due to sedimentation.

the process of seperating insoluble solids,suspended in a liquid,by allowing them to settle down is xalled as sedimentation I dont know examples

The process of particles settling to the bottom of a body of water is called sedimentation. ... Layers of sediment in rocks from past sedimentation show the action of currents, reveal fossils, and give evidence of human activity. Sedimentation can be traced back to the Latin sedimentum, "a settling or a sinking down." For example, sand and silt can be carried in suspension in river water and on reaching the sea bed deposited by sedimentation. If buried, they may eventually become sandstone and siltstone (sedimentary rocks) through lithification. ... Desert sand dunes and loess are examples of aeolian transport and deposition.

On a daily basis we come across various incidents in which we have to separate one substance from the another to make it useful. Various methods are available by which we can separate substances which are mixed together. Sedimentation is one of the simplest separation methods. It is an essential concept that needs to be understood. Its importance is unquestioned and plays a crucial role with archaeology. It is a natural process and can be explained as the building up of layers of small particles like sand or mud. Weight and sedimentation is much related.

The process of sedimentation can be observed by a small experiment. Take a jar and fill it with garden variety mud, pour some water, shake well and keep it untouched for few minutes. In a while it can be noticed that the gravel and rocks have settled below, sand above and so on.  Basically the garden variety mud has formed layers of soil based on varied . 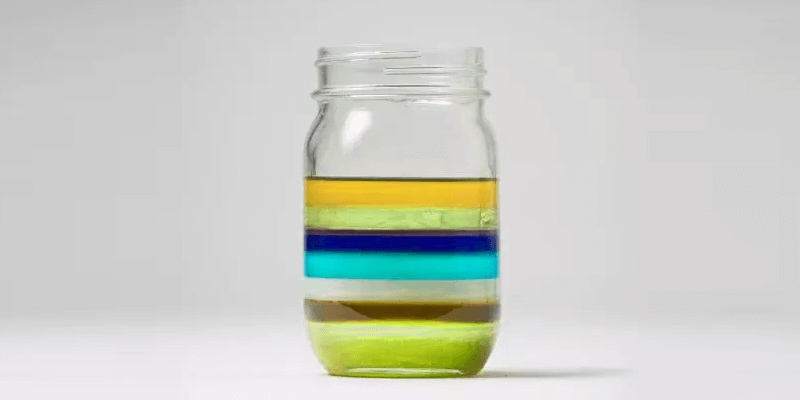 Similarly looking at a cliff, several layers in the surface of the cliff can be observed. These layers are caused by sedimentation. Over a long period of time, the grains of sand and mud build up, forming the layers. Fossils happen to be found in these layers. Logically, the quicker the bones are buried; the chances of survival are more as it is protected from scavenging animals and less damaged by weather. The sea, rivers and lakes are the best depositors of sand and mud. Dinosaur fossils were found to be nearer to the sea, lakes or rivers. A land-slide, where mud and rock fall down a mountain of a hill can also lead to a type of sedimentation. 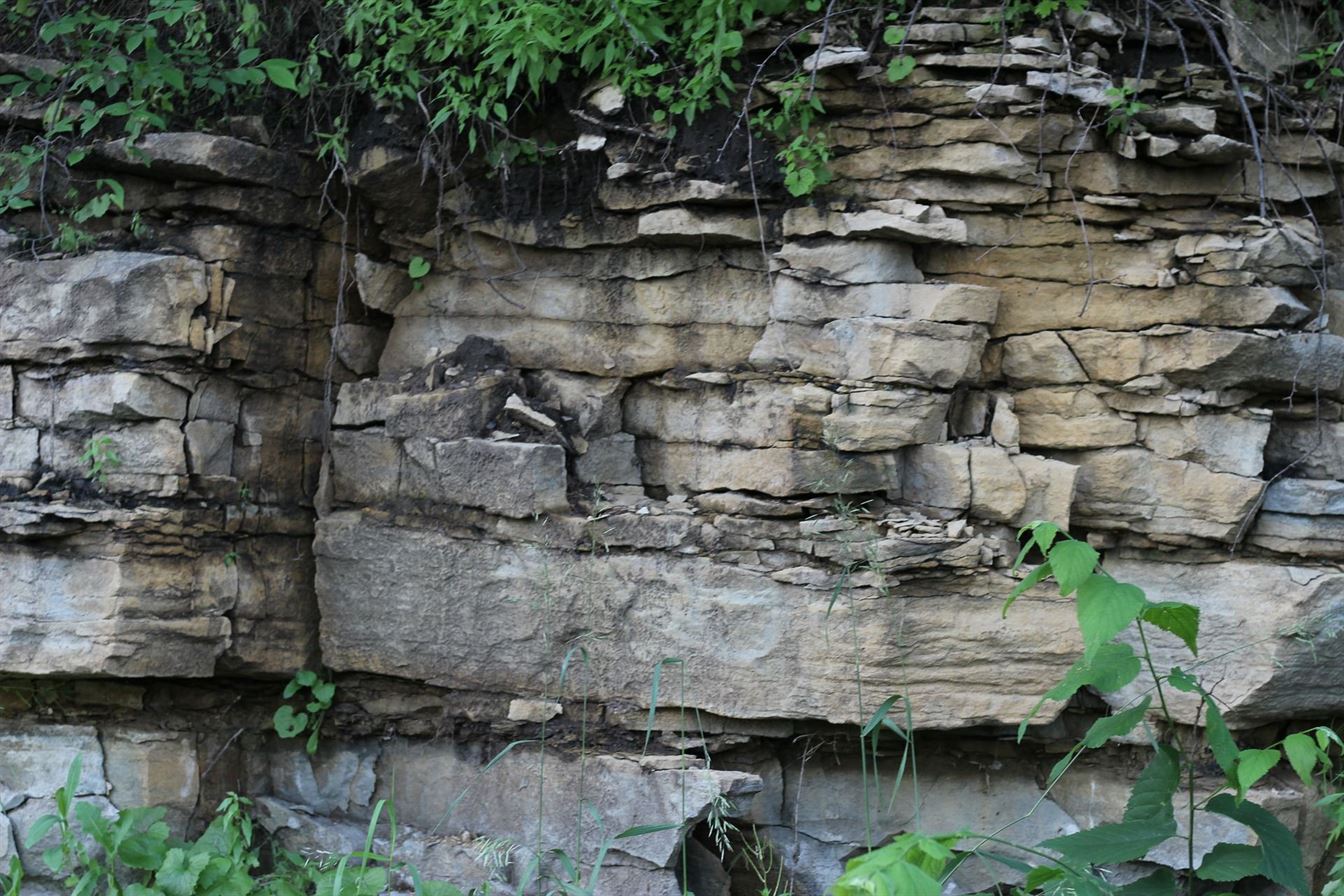 Water treatment plants use the method of sedimentation to filter out unwanted particles from unclean water. Filtering through several layers of sand and soil, allowing certain sizes of particles to pass through. 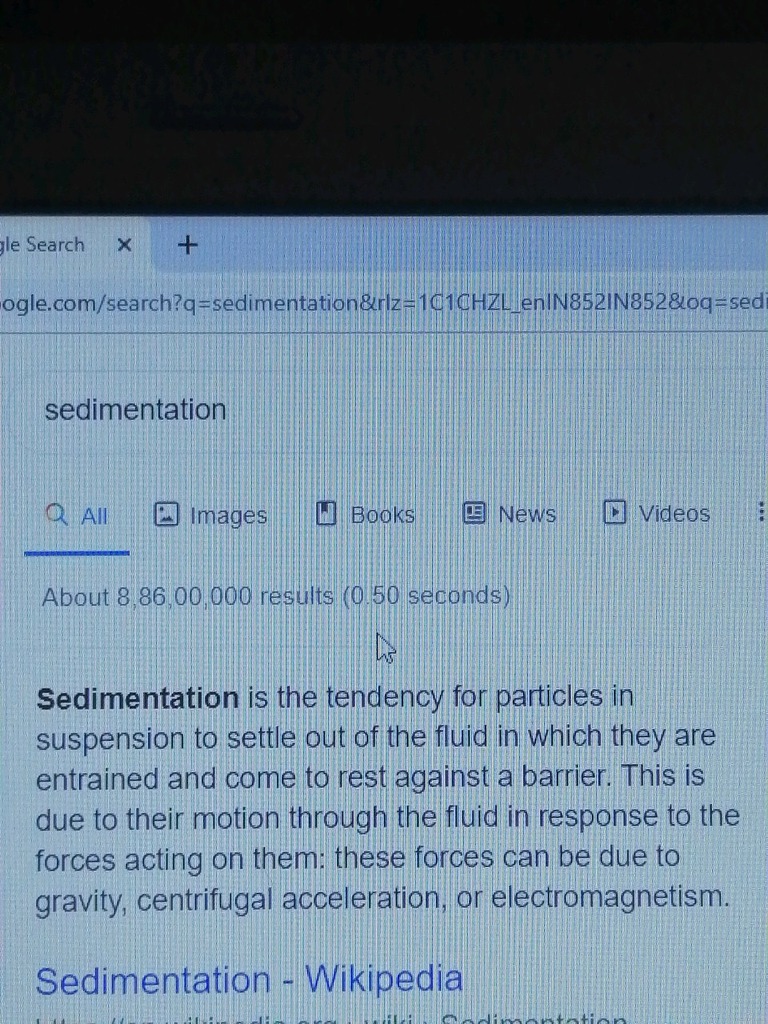 The process of allowing the suspension of insoluble solids to settle down at the bottom of the container.

When the solid substances are satled after water is added to it, this process is called

Sedimentation refers to the process during which particles suspended in water tend to settle out. This process is applicable in a wide range of contexts including geology, but in the context of waste-water treatment, it is of importance for the removal of suspended solids during the primary treatment of effluent.

settling of particles that are heavy than the liquid iscalled sedementation

good
What are you looking for?