Send me the derivation for young's double slit experiment

Solution:
To analyse the interference pattern, we calculate the intensity of the bright and dark fringes in the interference pattern for harmonic waves. Which is schematic representation of the geometry of Young’s experiment. The phenomenon of interference arises due to superposition of two harmonic waves of same frequency and amplitude but differing in phase.
Let the phase difference between these two waves be δ. We can write y1 and y2 , the displacements at a fixed point  due to the two waves 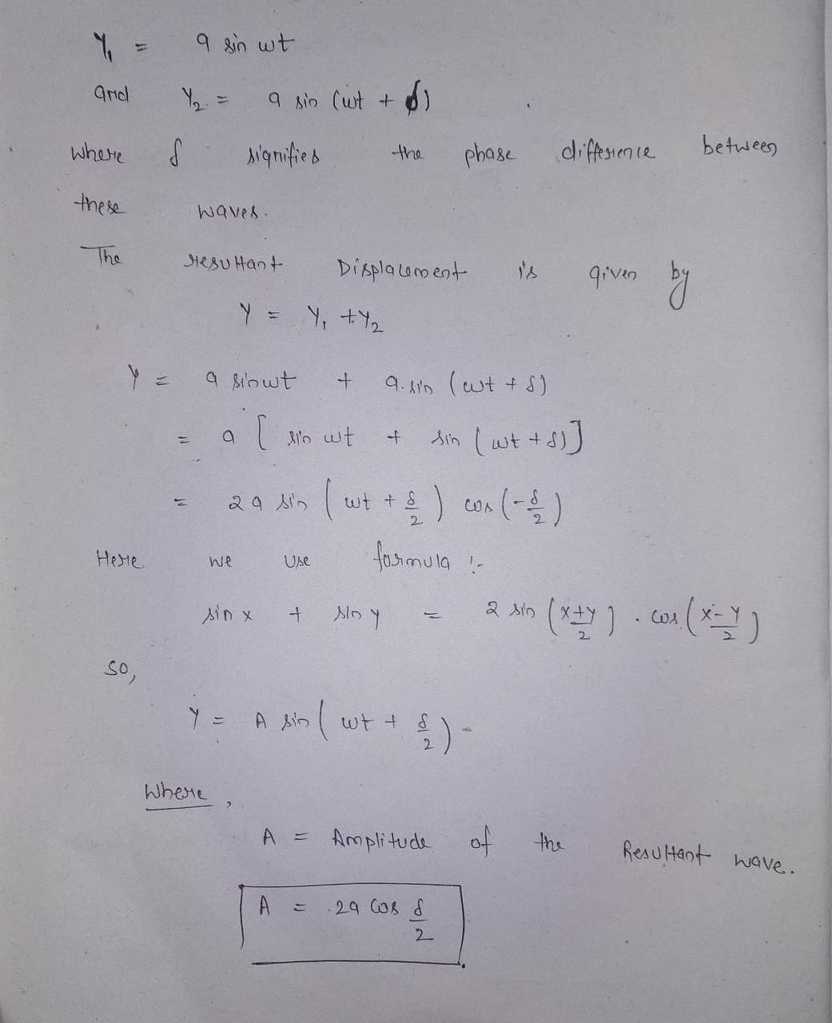 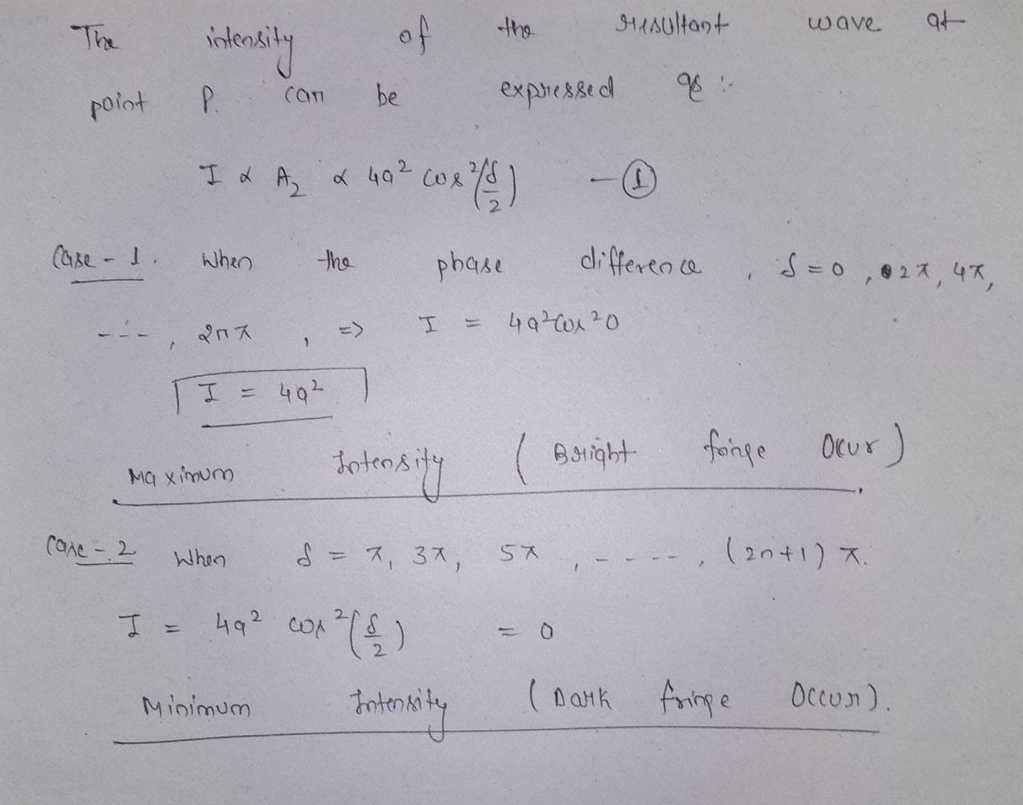 From the results we can conclude that when phase difference between superposing wave is an integral multiple of 2π, the two waves arrive at the screen 'in-phase' and the resultant intensity (or the brightness) at those points is more than that due to individual waves (which is equal to ). On the other hand, when phase difference between the two superposing waves in an odd multiple of π, the two superposing waves arrive at the screen 'out of phase'. Such points have zero intensity and appear to be dark on the screen.