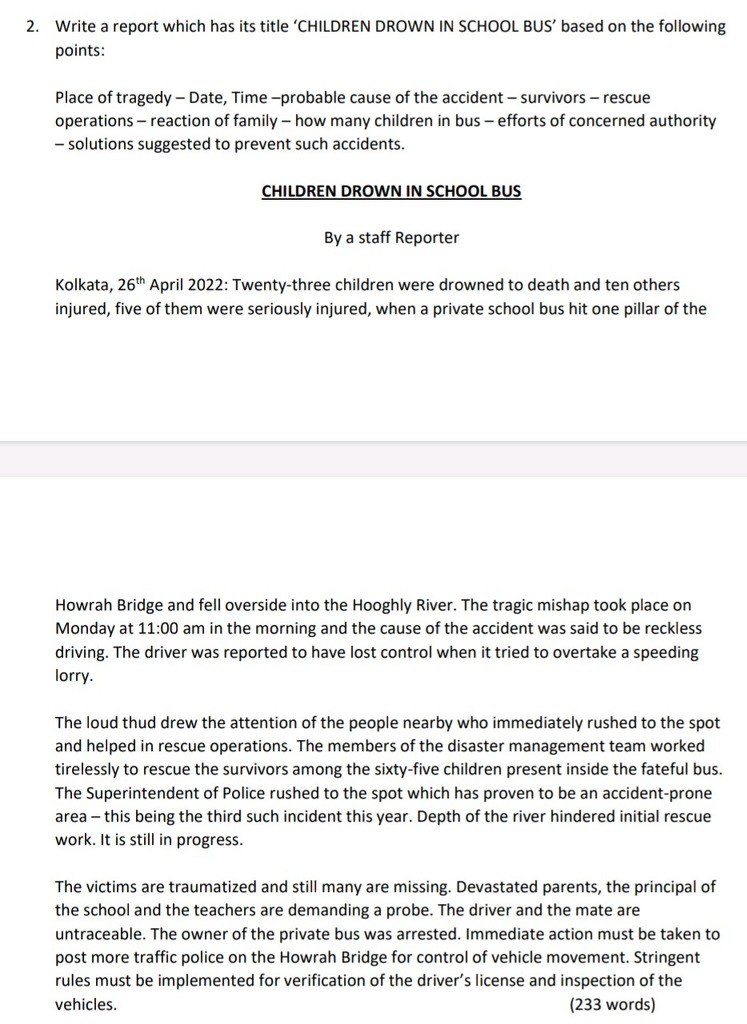 By a Staff Reporter

Kolkata, 26th April 2022: Twenty-three children were drowned to death and ten others injured, five of them were seriously injured, when a private school bus hit one pillar of the Howrah Bridge and fell overside into the Hooghly River. The tragic mishap took place on Monday at 11:00 am in the morning and the cause of the accident was said to be reckless driving. The driver was reported to have lost control when it tried to overtake a speeding lorry.
The loud thud drew the attention of the people nearby who immediately rushed to the spot and helped in rescue operations. The members of the disaster management team worked tirelessly to rescue the survivors among the sixty-five children present inside the fateful bus. The Superintendent of Police rushed to the spot which has proven to be an accident-prone area - this being the third such incident this year. The depth of the river hindered initial rescue work. It is still in progress.
The victims are traumatized and still many are missing. Devastated parents, the principal of the school, and the teachers are demanding a probe. The driver and the mate are untraceable. The owner of the private bus was arrested. Immediate action must be taken to post more traffic police on the Howrah Bridge for control of vehicle movement. Stringent rules must be implemented for verification of the driver's license and inspection of the