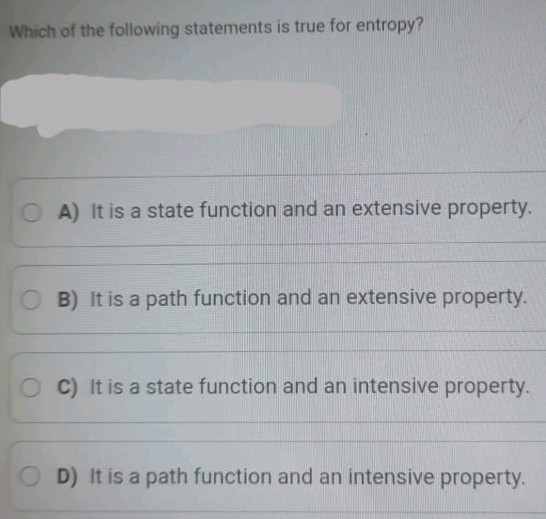 
The entropy of a system is the measure of degree of randomness or disorderliness in the system. It is a thermodynamic property and is denoted by the symbol S. For e.g. a gas is more random than liquid which in turn is more random than solid. Thus entropy for solids, liquid and gases follows the order:

When a system undergoes a change from one state to other state, change in entropy takes place which is denoted by symbol ΔS. We have the following relation

where q is the heat absorbed when the process is carried out reversibly and isothermally. T is the temperature.
Entropy is state function and extensive property.

Hence, the correct option is (A).