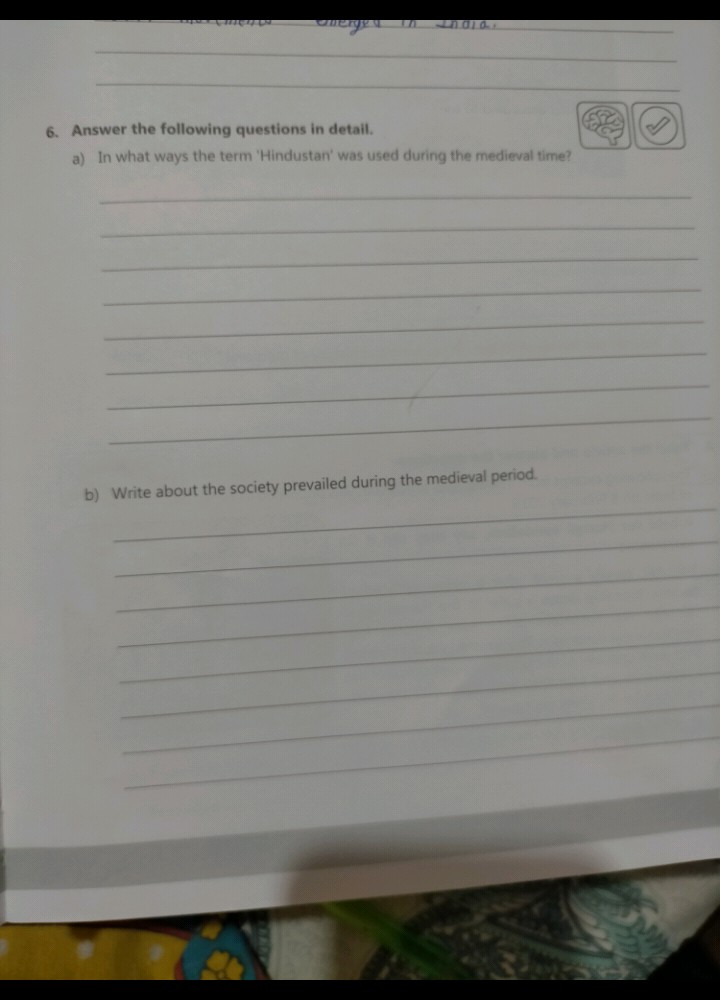 Solution-
1. Hindustan is a  Persian term that refers to land beyond the Indus. So in the middle ages ,Hindustan became Persian name for South Asia.The region now includes present day India ,Nepal ,Bhutan ,Pakistan and Bangladesh.
2. Medieval Indian society consisted of three social stratas.They were upper classes which constituted the kings ,nobles and lords.Then were the middle class mainly consisting of Mansabdars and the traders and lower class constituted by farmers, artisans and slaves.Majority of these were farmers in the society and majority of farmers did not own a land.The zamindars were dominant people in agriculture sector in medieval times.They were owners of vast tracts of lands and observe a high respect position in the society. They collected taxes from peasants on behalf of rulers.The high caste zamindars were called Deshmukh , Patil and Naik.