Kindly answer the question as follows: 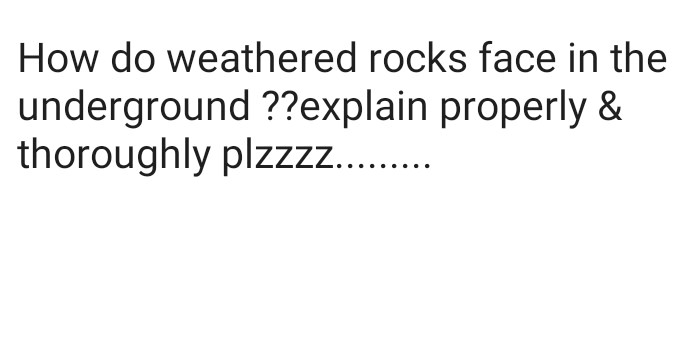 Solution-
Weathered rocks face high temperature and pressure beneath the earth surface ,they get subdued to mantle portion of earth where they convert into lava under high temperature and pressure because as we know that the interior of earth is full of lava. When the molten magma cools, it becomes solid. Rocks thus formed are called igneous rocks or primary rocks. There are two types of igneous rocks: intrusive rocks and extrusive rocks.
Extrusive igneous rocks – When molten lava comes on the earth’s surface, it rapidly cools down and becomes solid. Rocks formed in such a way on the crust are called extrusive igneous rocks. For example, basalt. The Deccan plateau is made up of basalt rocks.
Intrusive igneous rocks – Sometimes the molten magma cools down deep inside the earth’s crust. Solid rocks so formed are called intrusive igneous rocks. Granite is an example of such a rock. Grinding stones used to prepare paste/powder of spices and grains are made of granite.