how does communalism take various forms in politics ?

communalism in forms of politics?

There are many different forms of communalism in politics and they are as follows:

1. The common form of communalism are practiced on everyday customarily beliefs. It can be in the form of religious prejudices, stereotypes of religions communities, supremacy of one religion over the other religions. These beliefs are so common that we often fail to detect even when we believe in it.

3. The most frequent form of communalism is political enlistment on the religious guidelines. It involves the usage of sacred symbols, religions leaders, emotional appeal and creating fear in order to accumulate followers of one religious community in the political arena. It is materialized to gain advantage in electoral politics.

4. It often takes the form of communal violence, riots and massacre. 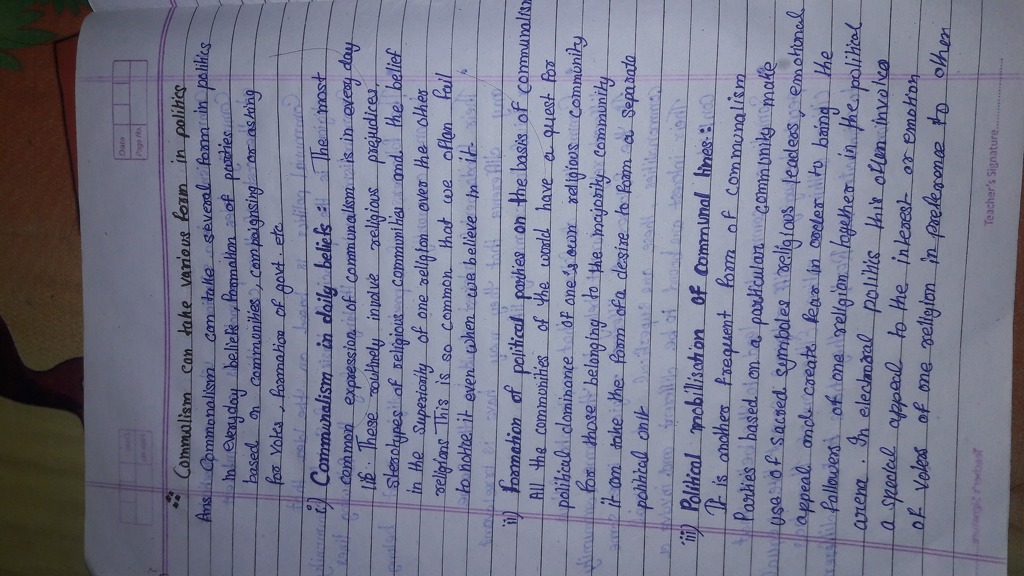 See answer in this image 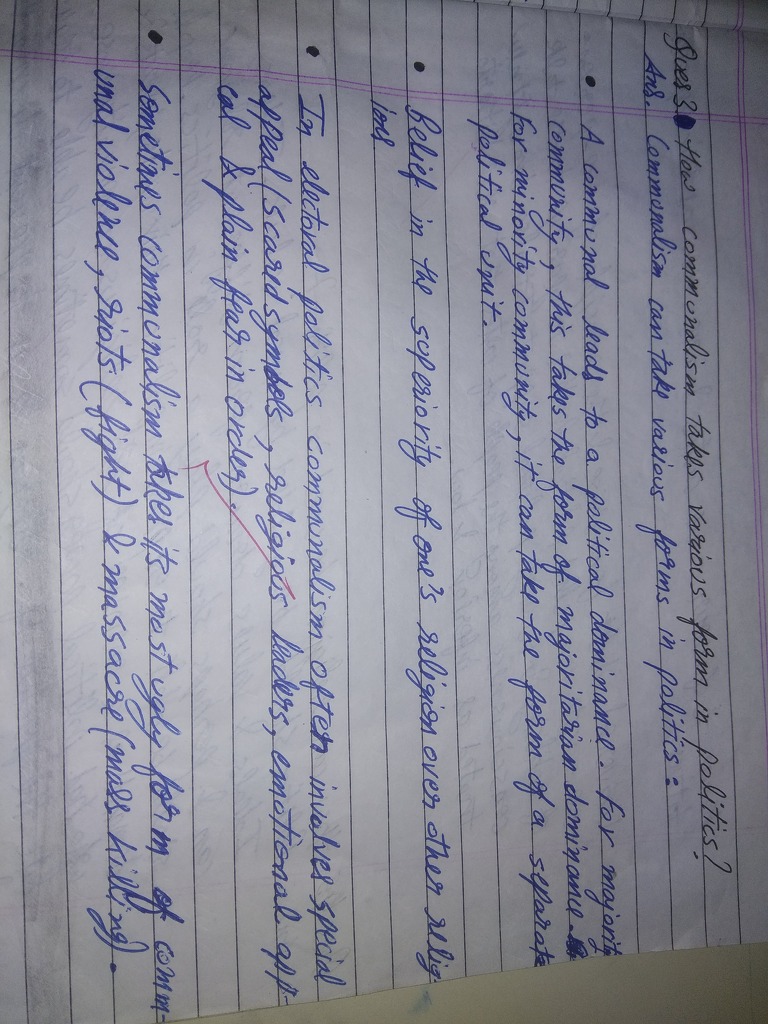 May this will help you 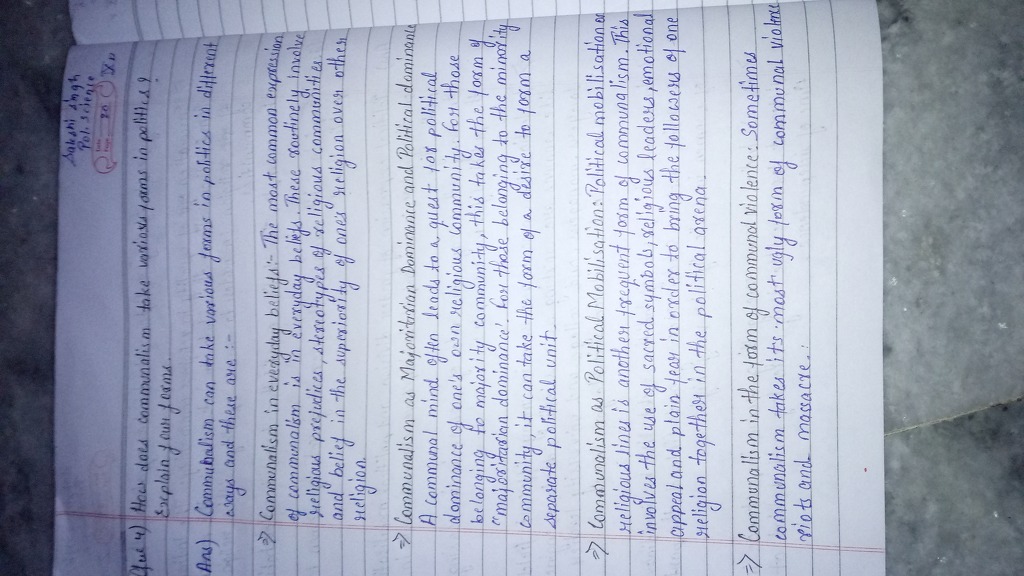 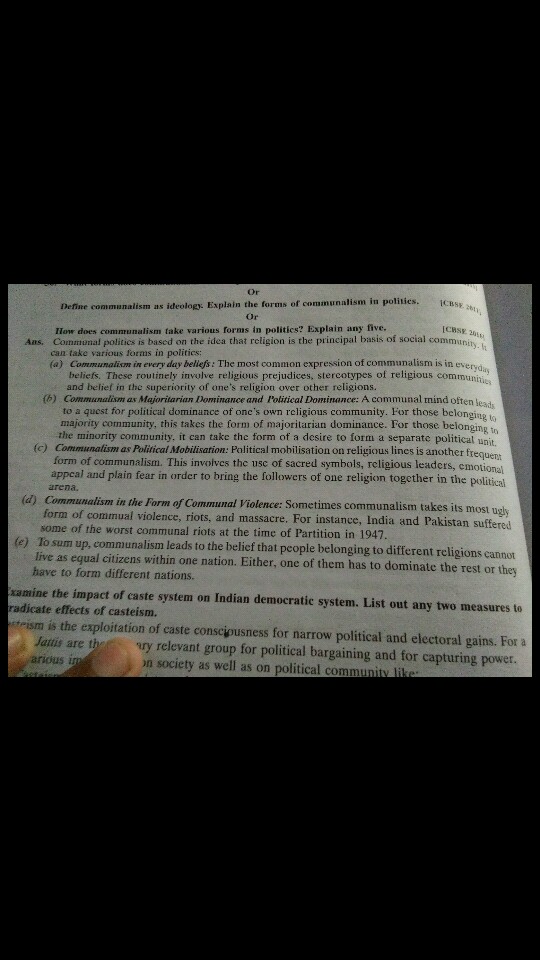 1)The most common expression of communalism is in everyday beliefs.It involves religious,preju

1)The most common expression of communalism is in everyday beliefs.It involves religious, prejudices, belief in the superiority of one's religion over others. 2)When utbtriesbto have political dominance of ones own religious community,especially by the majority community, it leads to the desire in minority company to form aseperate political unit. 3)Political mobilisation on religion lines in another for of communalism.It involves the use of sacred symbols,religious leaders,emotional appeal and plain fear in order to bring the followers of one religion together in political arena.In electrol politics, it leads to emotional appeals to the voters of one religion in preference to others 4)Sometimes communalism takes its ugliest firm communal violence,riot's and massacre'.This we have seen in the case of India and Pakistan at the time if partition of the country

How does Communalism take various form of politics example any five

Communalism can take various forms in politics: i. The routinely beliefs involve religious prejudices, stereotypes of religious communities and belief in the superiority of one’s religion over other religions. ii. A communal mind often leads to a quest for political dominance of one’s own religious community. iii. For those belonging to majority community, this takes the form of majoritarian dominance. For those belonging to the minority community, it can take the form of a desire to form a separate political unit. iv. Political mobilisation on religious lines is another frequent form of communalism. This involves the use of sacred symbols, religious leaders, emotional appeal and plain fear in order to bring the followers of one religion together in the political arena. v. Sometimes communalism takes its most ugly form of communal violence, riots and massacre
What are you looking for?