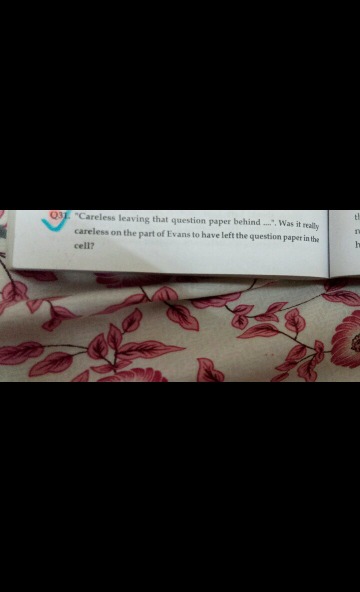 Evans was a smart man. He left behind the question paper containing clues about his escape plan. Everyone thought that he was careless enough to leave behind such an important piece of information regarding his plan. But it is later revealed that the clues that were left behind were only to put off the Superintendent and everyone else from discovering his actual plan of escape. The clues mentioned that the driver had to go to Elsfield, from there he had to take the Headington Roundabout, and then go to Newbury. However, the Superintendent was unable to trace Evans following those clues. So, it was not careless of Evans, but rather cunning to have left behind the question paper containing false clues.