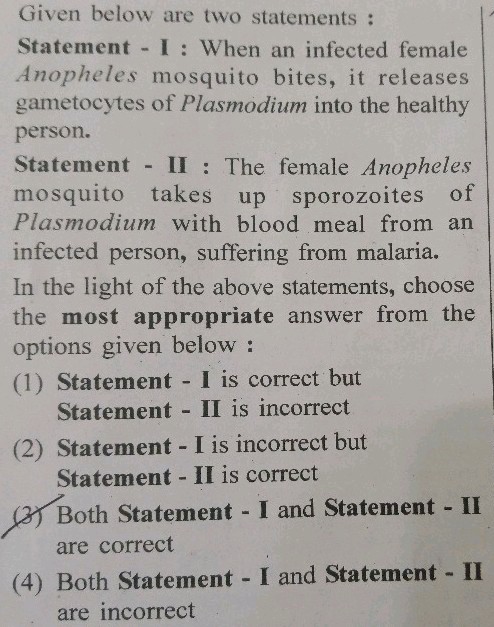 The correct option is (4).
Plasmodium parasites have a complex life cycle that includes three stages namely Gametocytes, Sporozoites and Merozoites.

When the infected mosquito feeds on humans, the sporozoites are transmitted through the saliva into the bloodstream. After that, the sporozoites enter the liver cells and here they mature into schizonts. Later, these sporozoites rupture and release merozoites.

So, when an infected female Anopheles mosquito bites, it inoculates sporozoites into the healthy human and takes up the gametocytes.