Draw a neat and label diagram of human eye and explain functions of each part of human eye. 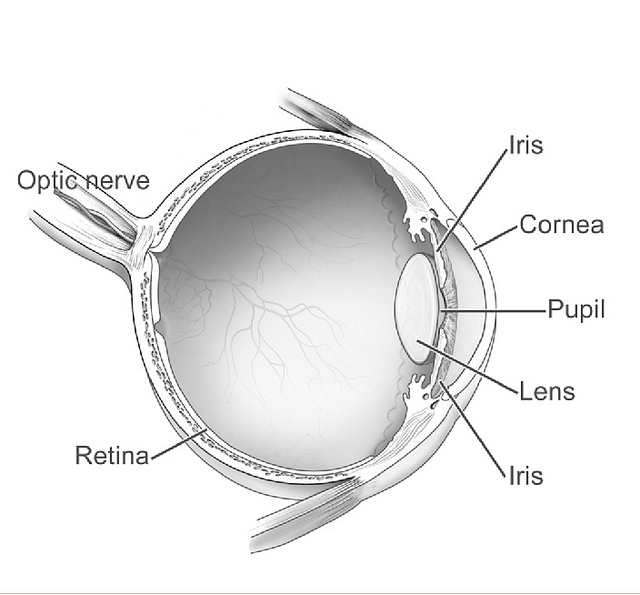 The eye consists of the eyeball which is nearly spherical in shape. Its front portion, called cornea is made up of a transparent material. Light enters the eye through cornea. The cornea not only protects the eye but also helps in focusing light. Behind the cornea is the iris with a hole in the centre called pupil. This is the small dark circle seen in the centre of the eye. Light goes into the eye through pupil. The amount of light entering into the eye is controlled by the iris through its expansion or contraction depending on the light condition.  Behind the pupil is the jelly like substance. It is the converging lens that forms images of the objects on a layer called retina located at the back of the eye. The lens is held in place by  the ciliary muscles which can change the thickness of the lens and hence its focal length. The image of an object formed on the retina is sensed by the nerve cells and then communicated to the brain through the optic nerve. The brain interprets the image as erect and of the correct size.
View Full Answer

google the eye diagram. i think even meritntion has it somewhere