Here is information about two monuments from the Sultanate period.

1. Qutb Minar: Qutb Minar was contructed by Qutb-ud-din-Aibak, who was the founder of the Delhi Sultanate. It was built btween 1192 and 1220. It is a 73 metre tall tower with five storeys. It is built of red sandstone. It is a world heritage site. 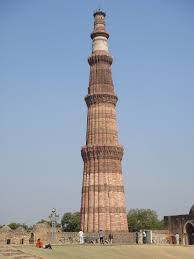 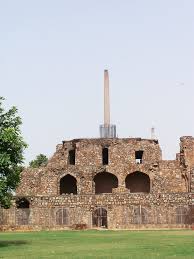